Join us for our First Annual Clay Shoot

When: October 27th
Lunch at 12PM, tournament begins at 1PM


RULES
1. Protective shooting glasses and ear protection must be worn at all times by all persons on the Facilities.
2. The largest shot size permitted is #7 ½.
3. While waiting your turn to shoot, be certain that your position is safely behind the shooter, clear of his field of vision.
4. The only time a gun will be loaded is when the shooter is actually in the station prepared to call for targets. Guns should be loaded only with the muzzle pointed in a safe direction. At all other times the gun will be unloaded and placed in a rack or unloaded and carried with the action open.
5. At no time will a shooter load more than two shells in a gun.
6. Before leaving the station, shooters will ensure that the gun is unloaded and the action is open. Keep muzzle pointed down range when gun is loaded or when ejecting empties or unloading. In case of malfunction, keep gun pointed down range until clear.
7. Practice swings from behind any stations are not allowed.
8. Use of alcoholic beverages before or during shooting is strictly prohibited.
9. Keep the muzzle of your gun pointed away from other persons on the Facilities at all times.
10. All spent hulls on the ground are to be picked up and placed in the station buckets. 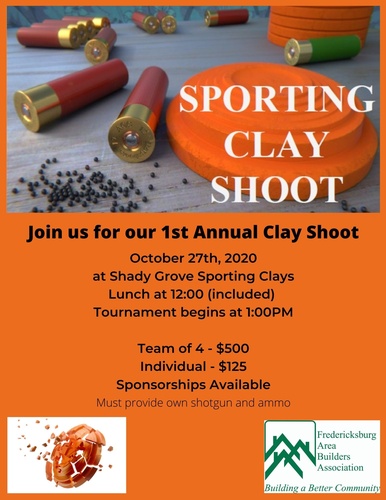